Jushi Holdings Inc (OTCMKTS: JUSHF) is one of those steady runners that Investors love; the stock goes up a bit more every day and has travelled a long distance since it was trading for well under $1 earlier this year.

It’s easy to get excited about a Company like Jushi which recently opened its 11th pot dispensary under the BEYOND/HELLO brand currently expanding in a number of US states. The Company is rapidly expanding and executing on its business plan of creating an integrated global community of wellness, mindfulness, and connections through superior quality cannabis and hemp-derived products. 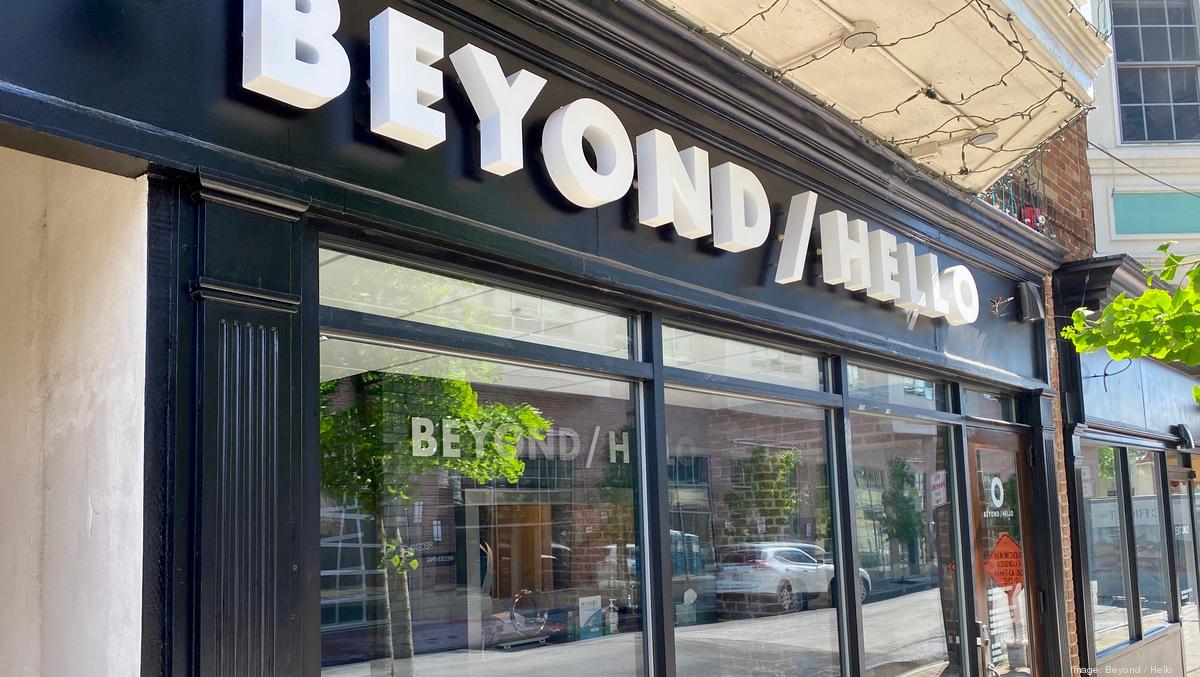 Jushi Holdings Inc (OTCMKTS: JUSHF) operating out of Boca Raton, Florida and trading in Canada as JUSH, Jushi is the type of go-getter pot Company Dan Bilzerian wished he could have built. The Company is an emerging leader in the booming pot trade in the US operating pot dispensaries under the BEYOND/HELLO brand currently expanding in a number of US states. Currently there are 11 locations of BEYOND/HELLO but they are opening many more. Jushi has just started making recently reporting revenue in the second quarter of 2020 increased 73 percent to $14.9 million, compared to $8.6 million in the first quarter of 2020. Gross profit in Q2 2020 was $7.5 million, resulting in a gross margin of 50 percent, compared to $4.2 million with a gross margin of 48 percent in Q1 2020.

Jushi owns a state-of-the-art production facility in Colorado called the Lab which has been in operation since 2010 and is currently producing over one million grams of concentrate across 70+ product formulations in a calendar year. Also in Colorado Jushi;s bank genetics has been producing some of the finest cannabis seeds and flower for the past decade including winning several prestigious awards, including wins at the High Times Cannabis Cup and the THC Championship awards. Jushi manufactures a line of hemp-based CBD products that are physician-formulated and produced with full-spectrum hemp. Nira products are developed under the guidance of Dr. Laszlo Mechtler, MD, FAAN, FASN, FEAN, Professor of Neurology Oncology.

The Company has the right to operate up to 15 dispensaries in Pennsylvania and expects to open the remaining seven locations within the next twelve months. Jushi also recently acquired a Pennsylvania Grower-Processor permit holder. The acquisition adds a 90,000 sq. ft. cannabis cultivation and processing facility that is strategically located within minutes of Interstate 81, Interstate 84 and the Pennsylvania Turnpike. Jushi currently operates two BEYOND/HELLO dispensaries in illinios and the Company is currently undergoing regulatory approvals to operate two more retail locations in the state. In Virginia, The Company anticipates adding five BEYOND/HELLO branded medical dispensaries to its existing Dalitso’s pharmaceutical processor facility near the City of Manassas, which will allow Dalitso to cultivate, process, dispense and deliver medical cannabis to registered patients in Virginia. Since recently receiving approval from the Virginia Board of Pharmacy to commence vertically integrated operations for the cultivation, manufacture, and sale of medical cannabis, the Company is in the final stages of completing the build-out of its cultivation, manufacturing and retail facility in Prince William County near the City of Manassas and expects the facility to be operational in the late summer/early fall of 2020.

To Find out the inside Scoop on Jushi Subscribe to Microcapdaily.com Right Now by entering your Email in the box below 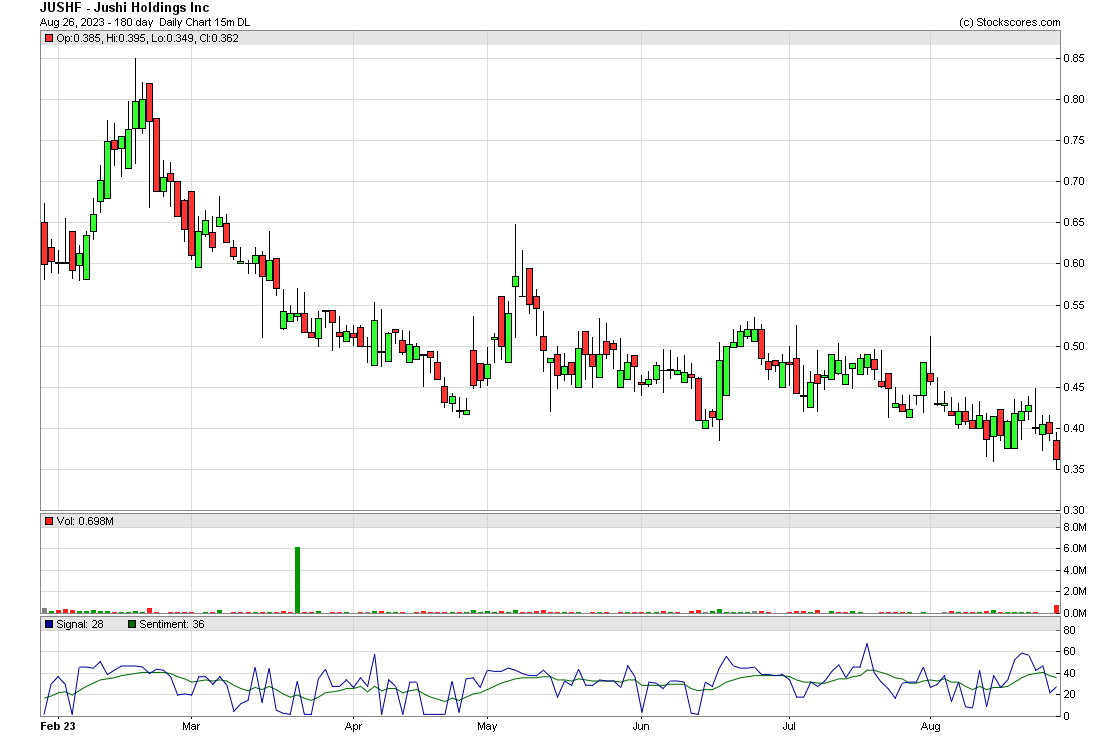 In California Jushi acquired GSG SBCA, Inc., a licensed Santa Barbara dispensary expected to open in late September/ early October 2020. The Company also signed a $3.2 million sale-leaseback agreement related to the real estate previously purchased in connection with this license. The Company also intends to move forward in the merit-based application process as one of only three selected applicants for a storefront retail (and ancillary delivery) permit in Culver City, California.

Jushi was started in 2019 by Jim Cacioppo who collaborated with fellow cannabis and finance experts Erich Mauff and Jon Barack. Jushi might be an unusual looking word to many, but it’s quite easy to say, and it’s got a fascinating and meaningful story behind it. We’ll start with the pronunciation, which as we like to say is pronounced like sushi with a “J” or using phonetics, as ‘Joo-Shee.’ Moving onto the story, just a few years ago, an archaeological discovery by scientists in China revealed a fascinating artifact of sorts. A deceased middle-aged-man, believed to be a shaman of the ancient Jushi kingdom, was buried in a grave along with 789 grams of cannabis. The pH levels of the soil in the tomb and the dry climate of the region miraculously preserved the green color of the flowers and they still contained a significant amount of THC after 2700 years.

On October 8 Jushi reported the opening of its 11th retail location nationally: BEYOND / HELLO™ Santa Barbara. Earlier this year, Jushi acquired GSG SBCA, Inc., a licensed cannabis dispensary in Santa Barbara, and concurrently signed a $3.2 million sale-leaseback agreement with a financing partner related to the real estate previously purchased in connection with the acquisition of GSG SBCA, Inc. BEYOND / HELLO™ Santa Barbara, which is conveniently located near Loreto Plaza in the heart of Santa Barbara at 3516 State Street.

For the Inside Scoop on Jushi subscribe right now

Currently running northbound in a hurry Jushi is the type of go-getter pot Company Dan Bilzerian wished he could have built. The Company is an emerging leader in the booming pot trade in the US operating pot dispensaries under the BEYOND/HELLO brand currently expanding in a number of US states. The Company is rapidly expanding and executing on its business plan with 11 dispensaries currently opening and many more opening soon. We will be updating on Jushi when more details emerge so make sure you are subscribed to Microcapdaily so you know what’s going on with Jushi.

Disclosure: we hold no position in Jushi either long or short and we have not been compensated for this article.