GRN Holding Corp (OTCMKTS: GRNF) has seen a significant drop in recent months from highs over $1 not so long ago GRNF recently dropped below the $0.20 mark and Investors are looking for a comeback.

GRNF certainly has its detractors but this is a stock that was trading at $2.22 within the last 12 months and from current levels has investor interest, plenty of liquidity and a very large gap to fill. 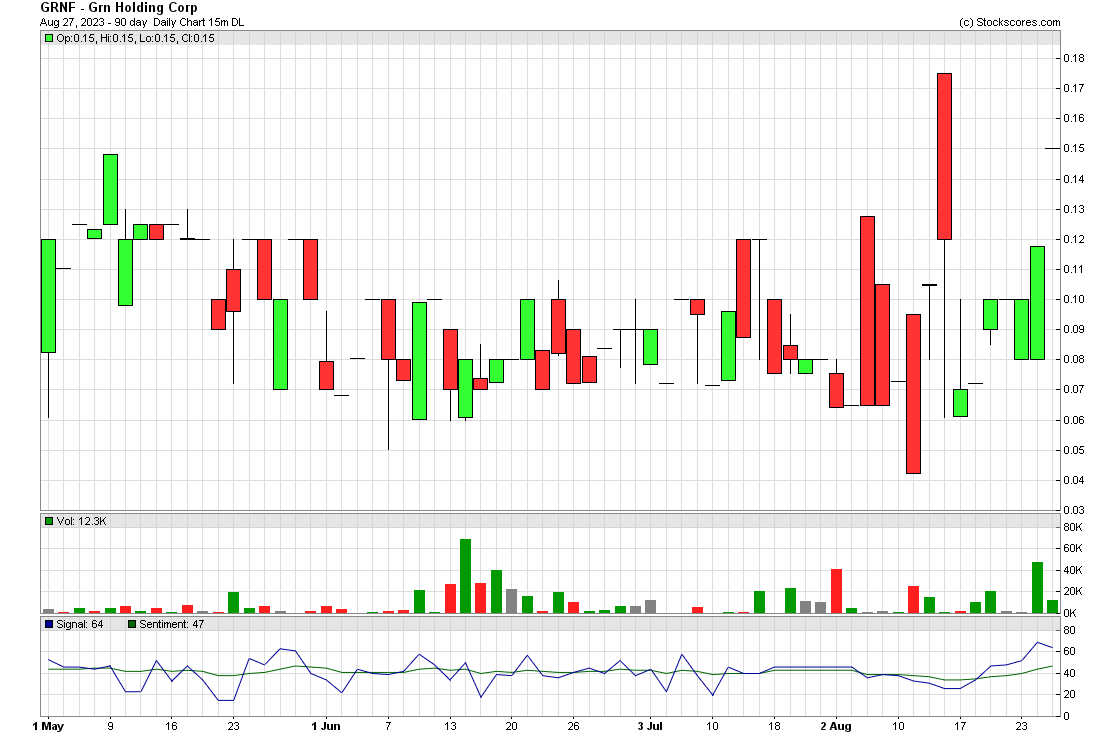 GRNF says it plans to up list to the OTCQB Venture Market to upgrade its position in the public markets and increase its visibility to a wider range of investors. CEO Justin Costello remarked: “Uplisting to OTCQB is an important milestone in the Company’s plan to grow and upgrade its position in the public markets. This move from the Pink Sheets will serve to enhance benefits to existing and prospective shareholders including higher reporting standards, greater access to analyst coverage and news services, and more comprehensive compliance requirements, while increasing our exposure to a broader investing audience.”

Currently trading at a $45 million market valuation GRNF has no assets, no revenues and is debt free. The Company is fully reporting at released a 10q on March 16. GRNF has been putting out a flurry of press regarding a number of important acquisitions however investors are still waiting for the accompanying 8ks for these transactions.  GRNF certainly has its detractors but this is a stock that was trading at $2.22 within the last 12 months and from current levels has investor interest, plenty of liquidity and a very large gap to fill. We will be updating on GRNF when more details emerge so make sure you are subscribed to Microcapdaily so you know what’s going on with GRNF.