Tesoro Enterprises, Inc. (OTCMKTS: TSNP) is making a spectacular run up the charts in recent weeks quickly transforming into a volume leader and one of the top most traded stocks in small caps. TSNP started off in triple zero land but has gone parabolic since than quickly attracting legions of new shareholders who continue to bid the stock higher.

Reverse Merger stocks (RM) are easily among the most exciting and explosive stocks in small caps rivaling only biotechs in their ability to make historic gains. TSNP is the perfect merger candidate; a clean shell with virtually no debt and the new Company HUMBL is a major mobile payments player with a first-class management team with team members coming from companies like Western Union, Moneygram, Visa, American Express, Epson, Microsoft, Facebook and Qualcomm and was recently named a Forbes “Rising Startups to Watch” The whole deal is being shepherded by George Sharp, a reverse merger whizz and someone known for doing it right.

Tesoro Enterprises, Inc. (OTCMKTS: TSNP) is a clean shell operating out of Oklahoma City, Oklahoma. The Company recently announced it has entered into an agreement with HUMBL, LLC to merge the two entities. In an all-stock transaction, the members of HUMBL will receive preferred shares of Tesoro in exchange for their HUMBL holdings.

The mission of HUMBL® and HUMBL Hubs™ is to deliver high quality, low cost digital payments and financial services. The HUMBL network was designed to disrupt entrenched regional banks, wire services and roadside finance providers in emerging markets such as Latin America, Caribbean, Asia and Africa to help reduce costs and improve settlement speeds for customers. HUMBL maintains offices in San Diego (HUMBL – North America), Mexico (HUMBL – Latin America), Miami (HUMBL – Caribbean and Africa), and Singapore (HUMBL – Asia Pacific and Oceania Region) and has created a global network of regional affiliates, who stand ready to implement sales and marketing programs in these corridors. The HUMBL® Mobile App delivers borderless transactions, by integrating multiple currencies, payment methods, banks and financial services providers into one-click for the customer. HUMBL® provides greater access and portability than US only mobile wallet providers, such as Venmo® and Zelle®.

HUMBL is comprised of team members from companies like Western Union, Moneygram, Visa, American Express, Epson, Microsoft, Facebook and Qualcomm and was recently named a Forbes “Rising Startups to Watch” in June 2020 for recognizing the “major gap between the US and emerging markets regarding mobile payments.” HUMBL has designed a mobile wallet (HUMBL®) and merchant software (HUMBL Hubs™), that help primarily cash economies migrate to digital money services across key vertical markets, such as: government, banking, wireless carriers and merchant services. HUMBL’s global money platform will deliver up to 50% estimated savings on transactions such as: sending, receiving, lending, borrowing, investing money and paying bills.

To Find out the inside Scoop on TSNP Subscribe to Microcapdaily.com Right Now by entering your Email in the box below 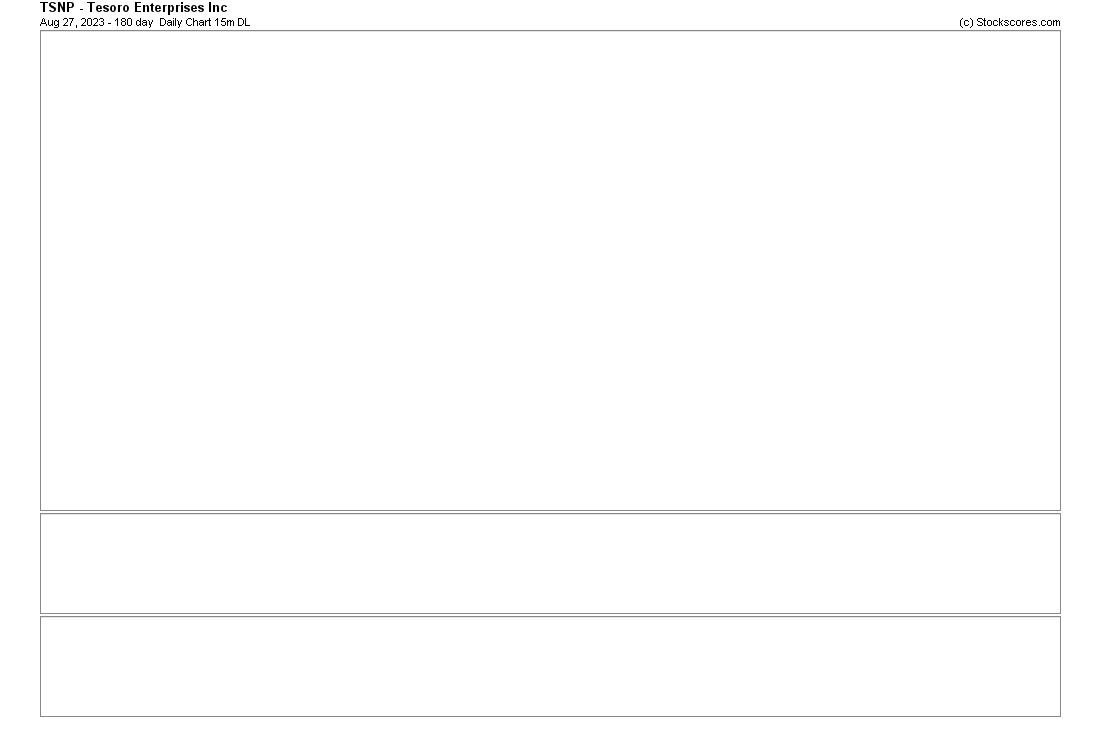 The merger is being shepherded by well-known OTC Markets analyst, George Sharp, who brought the parties together and has provided valuable advice on strategies and compliance to complete the transaction. An investor call, tentatively scheduled for December 9, 2020, will be held to introduce HUMBL to investors and shareholders and provide further insights for the public about HUMBL’s mission, positioning and corporate partnerships. The precise logistics of the investor call will be announced soon.

Brian Foote is the CEO, President and a founder of HUMBL and brings with him twenty years of consumer technology experience, having launched a number of top ranked global technology products at companies like Epson, where he was twice named to the Innovators Team Award for his work across merchant partners such as Amazon, Walmart, Costco, Target and Best Buy. Mr. Foote recently stated: “We didn’t build HUMBL for the 450 million digital customers using Apple Pay®, but for the 7 billion people for whom money has a totally different set of global pathways, access points and cost structures.”

On November 12 TSNP announced it has entered into an agreement with HUMBL, LLC (“HUMBL”) to merge the two entities. In an all-stock transaction, the members of HUMBL will receive preferred shares of Tesoro in exchange for their HUMBL holdings. Tesoro, the surviving entity, will be renamed “HUMBL, Inc.” and following an imminent redomiciling of the corporation to Delaware, an application will be filed with FINRA for a change of the issuer’s name and symbol. The company will almost immediately begin the process for becoming an SEC filer and provide audited annual financials beginning with yearend 2020.

Consummate with the transaction, HUMBL, Managing Member and Founder, Brian M. Foote has acquired the control block of voting shares and a significant number of common shares from outgoing Tesoro President, Henry Boucher. The Board of Directors has installed Mr. Foote and HUMBL associate, Jeffrey Hinshaw, as directors of Tesoro and to the officer positions of President and Secretary, respectively. In addition, Adam Wolfe has been named Chief Technology Officer, Michele Rivera has been named Vice President, Global Partnerships, and a director and Karen Garcia will become Vice President, Major Accounts. Mr. Boucher has resigned all officer and director positions with Tesoro and the company thanks him for his careful guidance. All liabilities of the company to date were settled by Mr. Boucher prior to his resignation.

Currently exploding up the charts TSNP is among the most exciting stocks in small caps making spectacular gains as the Company merges with HUMBL; a major mobile payments player with a first-class management team with team members coming from companies like Western Union, Moneygram, Visa, American Express, Epson, Microsoft, Facebook and Qualcomm and was recently named a Forbes “Rising Startups to Watch” The whole deal is being shepherded by George Sharp, a reverse merger whizz and someone known for doing it right with a long history of turning anything he touches into gold. We will be updating on TSNP when more details emerge so make sure you are subscribed to Microcapdaily so you know what’s going on with TSNP.

Disclosure: we hold no position in TSNP either long or short and we have not been compensated for this article.