Mullen Automotive Inc (NASDAQ: MULN) On Short Squeeze Watch as “Strikingly Different” Tour Gets Off to a Big Start Mullen Automotive Inc (NASDAQ: MULN) is currently sitting just pennies over its all-time lows while the “Strikingly Different” tour has been very successful so far with overwhelmingly positive customer feedback. According to the Company; the overall magnitude of Mullen FIVE pre-orders, leading up to and during the Pasadena event has quadrupled in volume. MULN was one of the most heavily shorted stocks in small caps in recent months and has seen its short position double over the past few weeks to over 60 million shares short.

Participants in the tour had the opportunity to ride along with a professional driver in the Mullen FIVE and interact with the entirely new infotainment system. Participants were also able to witness PERSONA, Mullen’s proprietary Personal Vehicle Assistant (PVA), in action. Featuring facial recognition technology, PERSONA was designed to provide every driver with a highly personalized experience in the Mullen FIVE. Mullen Automotive Inc (NASDAQ: MULN) is a Southern California-based automotive company that owns and partners with several synergistic businesses working toward the unified goal of creating clean and scalable energy solutions. Mullen has evolved over the past decade in sync with consumers and technology trends. Today, the Company is working diligently to provide exciting EV options built entirely in the United States and made to fit perfectly into the American consumer’s life. Mullen strives to make EVs more accessible than ever by building an end-to-end ecosystem that takes care of all aspects of EV ownership.’

Mullen’s flagship, the Mullen FIVE represents Mullen Automotive’s entry into the full-electric, mid-size luxury SUV market. The Mullen FIVE is competitively priced starting at $55,000 – for the United States market before federal and state incentives are applied. Offering at least two optional packages, with a price range from a base price of $55,000 to $75,000 (for additional features), will allow customers to purchase a vehicle with options that best fit their budgetary and performance needs. Product validation is expected to begin in the 4th quarter of 2023 with the first sellable vehicles available in the fourth quarter of 2024. The Mullen FIVE is expected to deliver an electric range up to 325 miles will reach 0 to 60 in 3.2 seconds with a max speed of 155 miles per hour. On October 19 MULN announced the US Bankruptcy Court approval on Oct. 13th, 2022 of its acquisition of electric vehicle company ELMS’s (Electric Last Mile Solutions) assets in an all cash purchase.  In the Chapter 7 approved transaction, Mullen will acquire ELMS’s manufacturing plant, all inventory and intellectual property. Acquisition benefits include: The Mishawaka factory that forms part of the Company’s acquisition, previously produced General Motors Hummer H2 SUV and SUT and also subsequently contract manufactured the Mercedes-Benz R-Class vehicle. This makes it the perfect fit for production of the Mullen and Bollinger portfolio of consumer vehicles. The ELMS asset acquisition and the recent acquisition of the majority ownership of Bollinger Motors, gives Mullen the ability to integrate Bollinger’s vehicle platforms, B1 and B2 along with Mullen’s FIVE and FIVE RS platforms into an already existing and capable high volume manufacturing facility. As a result, this will accelerate launch of the Bollinger B1, B2 retail vehicles by 12 plus months.

Manufacturing optimization will include moving the Mullen FIVE EV Crossover production to the Mishawaka Factory from the Tunica, MS facility. Mullen FIVE production is planned to begin production in 2024. Tunica will now become the Commercial Manufacturing Center and capitalize to produce all Mullen and Bollinger Class 1 to 6 commercial vehicles. With the additional Manufacturing capacity, total production volumes are expected to exceed Mullen’s previous business plan projections. The commercial portfolio is expected to increase over 50% with the addition of the ELMS assets and the retail portfolio is expected to more than double with the addition of Bollinger vehicles and the manufacturing capacity of Mishawaka. The Company’s majority ownership acquisition of Bollinger Motors was closed in August 2022 with a combination of stock and cash. The ELMS acquisition will be completed as an all-cash purchase. 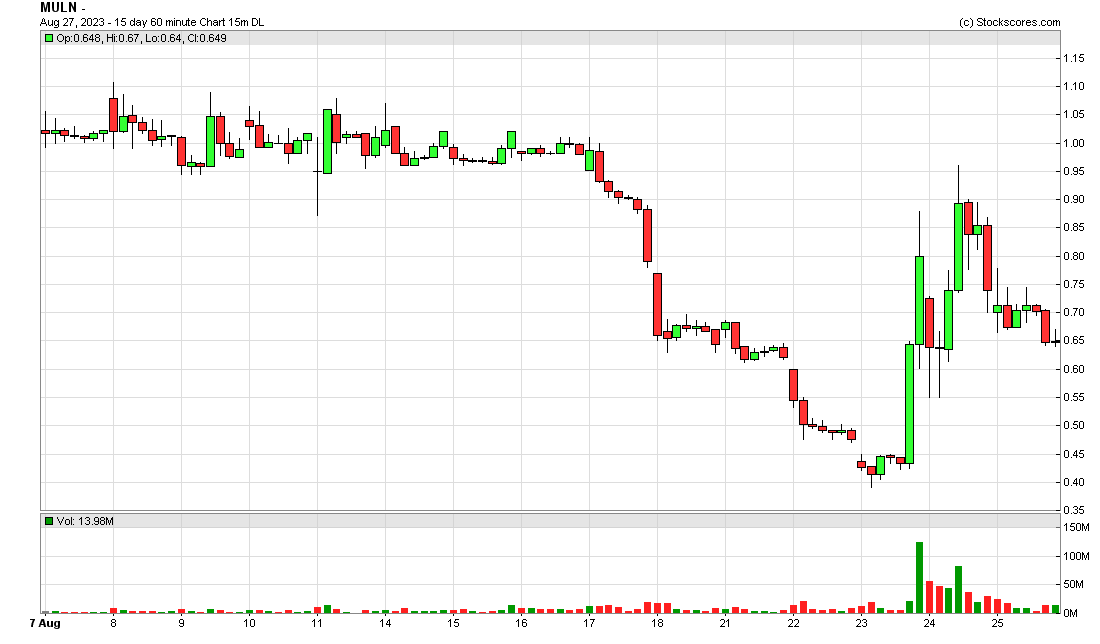 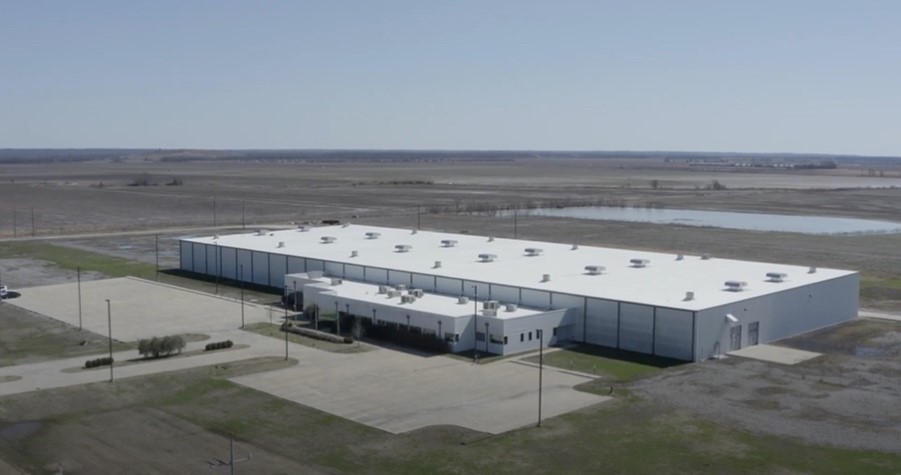 Mullen recently purchased a 124,700 sq ft facility located in Tunica, Mississippi that now serves as an advanced manufacturing engineering center and vehicle production facility. The Company is working on an expansion of the existing 124,700 sq ft by an additional 1.2M sq ft; designing assembly lines (Body, Paint, General, and Offline); and preparing for the complexities of the manufacturing processes, while ensuring flexibility for critical changes. This plan includes utilizing existing assets that are currently in place for initial validation, and in parallel, begin efforts to design, develop, build, and equip the facility to support planned production for Mullen FIVE and all other upcoming vehicles.

The Company is making big moves in battery technology; results of Mullen’s solid-state polymer battery testing with the Battery Innovation Center (BIC) in Indiana. Testing results from BIC show the solid-state polymer cell, rated at 300 Ah and 3.7 volts, tested in at 343.28 Ah at 4.2 volts, exceeding expectation and in line with test tolerance from previous EV Grid test results. The test data collected from both BIC and EV Grid have exceeded expected test tolerance and show an impressive outcome and future for solid-state batteries. It is expected that with this technology, when scaled to the vehicle pack level, a 150-kilowatt hour solid-state battery can deliver over 600 miles of range on a full charge for the Mullen FIVE EV Crossover.   In general, solid-state batteries offer higher energy density, faster charging time, smaller size and safety compared to traditional lithium-ion cells.

The Mullen FIVE EV Crossover “Strikingly Different” tour had a successful opening day on Thursday, Oct. 27, in Pasadena, California. The next stop for Mullen’s tour will be at Angel Stadium in Anaheim, California, on Nov. 1 and 2. According to the Company first day reservations exceeded expectations with overwhelmingly positive customer feedback. The overall magnitude of Mullen FIVE pre-orders, leading up to and during the Pasadena event has quadrupled in volume.

Participants in the tour had the opportunity to ride along with a professional driver in the Mullen FIVE and interact with the entirely new infotainment system. Participants were also able to witness PERSONA, Mullen’s proprietary Personal Vehicle Assistant (PVA), in action. Featuring facial recognition technology, PERSONA was designed to provide every driver with a highly personalized experience in the Mullen FIVE. Due to overwhelming interest and limited seating at the Pasadena stop, new dates have been added for next week on Nov. 1 and 2 at the Angel Stadium in Anaheim, California. From there, Mullen Automotive takes the “Strikingly Different” Tour to Las Vegas, Nevada, on Nov. 10 and 11.

On November 2 MULN announced it has eliminated $13 million in company debt and has reduced its overall indebtedness from more than $30 million last year to a current estimate of less than $10 million. Mullen continues to strengthen its financial balance sheet with the recent elimination of approximately $13 million dollars in company debt, which was associated with a debt obligation to Esousa Holdings, LLC. It is anticipated that this debt conversion will save the Company more than $3.5 million in interest expenses. Mullen continues to maintain its good financial health, with now less than an estimated $10 million approximately left of outstanding indebtedness. This elimination of and reduction in debt is significant, considering the overall debt balance at the end of 2021 was over $30 million.

David Michery, MULN CEO stated: “It’s been a great year for Mullen Automotive; we’ve made tremendous strides on all fronts, including significantly improving our financial health. Continuing our goal of being debt-free is a main focus and provides us with a strong path forward for our EV innovation and programs, securing investor confidence and overall company health.”

Currently trading at a $142 million market valuation MULN has significantly improved its balance sheet since last year adding $60 million in cash on the books per last filling and reducing debt to less than $10 million. The ELMS’s (Electric Last Mile Solutions) acquisition is a major step in the right direction for MULN and it significantly advances the Company’s goals while lowering the cost of growth and increasing capacity. While Mullen was set to begin manufacturing in 2024 the acquisition means plans have now been expedited by up to a year, implying that production of the FIVE series of SUV crossovers might begin in 2023. The short position that has more than doubled in recent weeks to over 60 million shares short has to be seriously concerned here; MULN was trading as high as $16 shortly after its IPO just a year and a half ago and at $0.28; things are starting to look up for MULN with overwhelmingly positive feedback at the “Strikingly Different” tour. We will be updating on MULN when more details emerge so make sure you are subscribed to Microcapdaily so you know what’s going on with MULN.