Emisphere Technologies, Inc. (OTCMKTS: EMIS) is up big after the Company entered into a definitive agreement with Novo Nordisk A/S whereby Novo Nordisk will acquire Emisphere, on a cash-free, debt-free basis, for $1.35 billion in cash.

The consideration to be paid per share will depend on the amount of cash and debt at closing, but the Company currently estimates it to be approximately $7.82 per share based on approximately 170.9 million fully diluted shares outstanding. This price represents a premium of approximately 17% over the volume-weighted average Emisphere share price for the five trading days ending on November 5, 2020.

Emisphere Technologies, Inc. (OTCMKTS: EMIS) is a Drug Delivery Company whose core business strategy is to partner its proprietary drug delivery technology and license Eligen B12.  EMIS thirty-year history has made it the established leader in converting injectable therapeutics into advanced oral formulations. Utilizing our experience in researching, developing and manufacturing a number of fully characterized carriers in its extensive library, its partners leverage the Company’s expertise to employ its unique intracellular delivery mechanism to advance their portfolio and create differentiated line extensions.  EMIS capabilities range from early proof of concept, to extensive development and commercial capabilities.

According to drug.dev.com The global type 2 diabetes market is set to almost double from $31.2 billion in 2015 to $58.7 billion by 2025, representing a compound annual growth rate of 6.5%, according to research and consulting firm GlobalData.

To Find out the inside Scoop on EMIS Subscribe to Microcapdaily.com Right Now by entering your Email in the box below 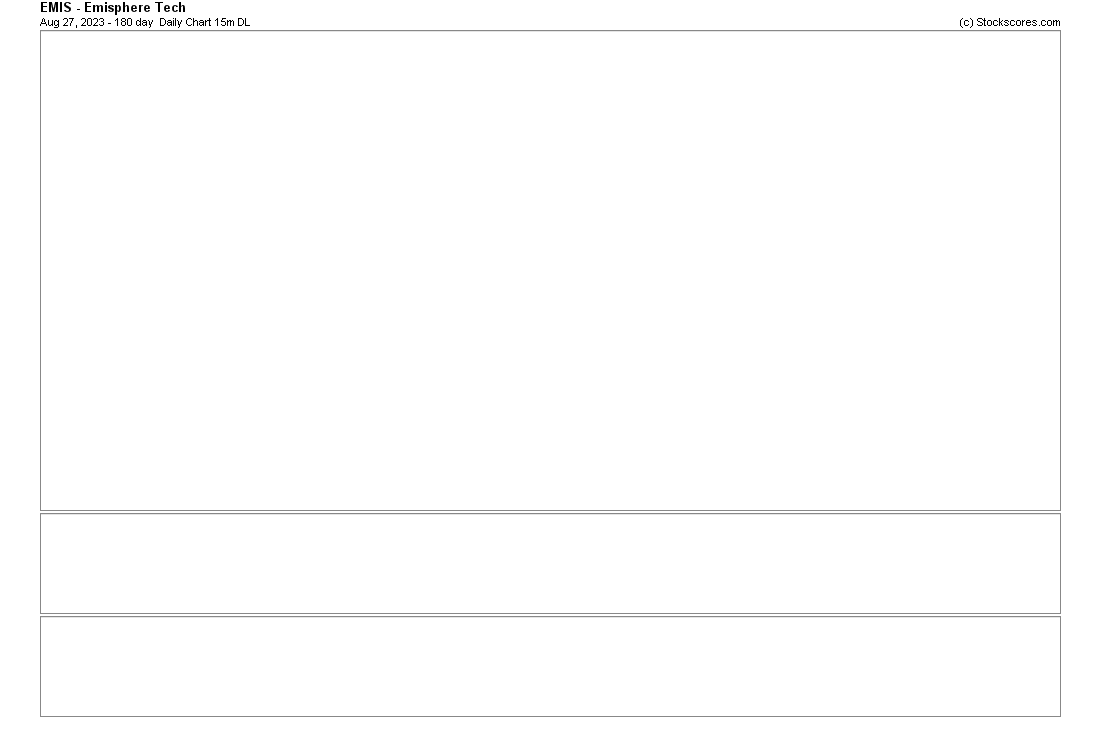 On November 6 EMIS entered into a definitive agreement with Novo Nordisk A/S whereby Novo Nordisk will acquire Emisphere, on a cash-free, debt-free basis, for $1.35 billion in cash. Novo Nordisk and Emisphere have collaborated since 2007, on Emisphere’s proprietary drug delivery technology Eligen(R), which facilitates the enhanced oral absorption of molecules without altering their chemical form, biological integrity or pharmacological properties. Novo Nordisk is currently utilizing Emisphere’s carrier technology under an existing license agreement in its oral formulation of a GLP-1 receptor agonist semaglutide, which is marketed and sold under the brand name Rybelsus(R). Contemporaneously with this agreement, Novo Nordisk entered into an agreement to acquire the related royalty stream obligations owed to affiliates of MHR Fund Management LLC (“MHR”) for $450 million. The acquisition of this royalty stream and the merger with Emisphere will occur simultaneously.

The Board of Directors of Emisphere approved the merger, upon the unanimous recommendation of a Special Committee consisting entirely of independent and disinterested Emisphere directors. MHR and the directors of Emisphere (collectively owning a majority of the outstanding Emisphere shares) have agreed to vote their shares in favor of the transaction.

The merger is subject to customary closing conditions, including approval by Emisphere stockholders and the expiration or termination of the waiting period under the Hart-Scott-Rodino Antitrust Improvements Act of 1976. Emisphere is represented by Wachtell, Lipton, Rosen & Katz as legal advisor. Jefferies LLC is acting as the Emisphere Special Committee’s financial advisor and Wilmer Cutler Pickering Hale and Dorr LLP is acting as its legal advisor.

Mark H. Rachesky, M.D., Founder of MHR and a member of the board of Emisphere stated: “MHR was an early believer in Emisphere and its proprietary Eligen drug delivery technology. Our longstanding support of the company was validated when its partnership with Novo Nordisk resulted in the development of an oral formulation for GLP-1, which we believe will be a transformative drug for the treatment of Type 2 diabetes. We are immensely proud of the pivotal role we have played in Emisphere’s success, culminating in today’s announced transaction with Novo Nordisk, which will deliver immediate and substantial value to all Emisphere shareholders.

Currently on the move northbound EMIS is easily among the most exciting stories in small caps that has seen a spectacular rise over the past 3 years from pennies to over $10 per share. The Company has an FDA approved drug in Rybelsus® (semaglutide) representing a new option for adults with type 2 diabetes who are not achieving their A1C goal with current antidiabetic treatment. According to drug.dev.com The global type 2 diabetes market is set to almost double from $31.2 billion in 2015 to $58.7 billion by 2025. Shareholders agree EMIS is worth significantly more than current valuation and there is a lot they can do to maximum share price appreciation such as clarify goals: utilization of all milestone payments and royalties, fix the corporate structure, exit dark status and up-list to a major exchange. We will be updating on EMIS when more details emerge so make sure you are subscribed to Microcapdaily so you know what’s going on with EMIS.

Disclosure: we hold no position in EMIS either long or short and we have not been compensated for this article.