Sigma Labs Inc (OTCMKTS:SGLB) continues to trade strong just under a dime; the stock commands significant interest from investors who are speculating on a move past $0.10 and a breakout to new levels. Everyone knows SGLB is a stock that loves to make spectacular gains as it ran from subs to a high of $0.272 at the end of last year.

Sigma Labs Inc (OTCMKTS:SGLB) is focused on serving the aerospace industry and has developed several important technologies including the revolutionary PrintRite3D technology which will allow metals parts to be made by 3D printing or additive manufacturing with fewer flaws and better properties.

The Company’s groundbreaking technology is a rapid healing biomedical implant technology that has already been proven for dental applications and is being investigated for orthopedics. Yet another critical technology is in the area of reactive munitions which provide 50% greater energy with less weight and lower collateral damage for current and future conflicts.

Back in September of this year SGLB subsidiary, B6 Sigma, Inc., was a participant on the winning team of companies, universities and national laboratories to be awarded a grant of $5 million by the U.S. Department of Commerce’s National Institute of Standards and Technology. The National Additive Manufacturing Innovation Institute was designated as the project lead, and Edison Welding Institute will lead collaborative efforts to develop in-process sensing and monitoring capabilities so that tolerances and other quality requirements are consistently achieved. The emphasis of the team’s research will be on providing tools needed for additive manufacturing applications to progress from prototype to market-ready.

On November 3 SGLB announced that it has received a contract from Honeywell Aerospace as part of a Defense Advanced Research Project Agency (DARPA) Phase II award; Phase I work was completed earlier in 2014. The DARPA program’s goal is to develop an Integrated Computational Material Engineering (ICME) framework to accurately predict the properties of metal components produced using additive manufacturing. Phase II work is expected to begin in the fourth quarter and run through mid-2016, with a total award value to Sigma Labs of approximately $0.5 million.

To Find out the inside Scoop on SGLB Subscribe to Microcapdaily.com Right Now by entering your Email in the box below

Earlier this week SGLB said that Mark Cola, President and Chief Executive Officer, and Vivek R. Dave, Chief Scientist, will host an investor webcast at VirtualInvestorConferences.com on December 4, 2014. This will be a live, interactive online event where investors are invited to ask the company questions in real-time – both in the presentation hall as well as the association’s “virtual trade booth.” If attendees are unable to join the event on the day of the conference, an on-demand archive will be available for 90 days.

Mark Cola has done a lot to clean up the balance sheet and take this Company towards profitability; SGLB now boasts a healthy looking balance sheet with little debt and a growing cash position of $3.7 million in the treasury and minimal debt.

Conclusion: Currently trading at a market valuation of around $55 million SGLB has $3.7 million in the treasury and is fully funded moving forward. Mark Cola is a mover and shaker and making things happen here. SGLB is very real and it’s at the ground floor stages with some serious potential.

The stock is trading strong over proven support levels and investors are betting on a move. The Company has seen some important developments over the last few months the likes of which are rarely seen on the OTCBB. While SGLB stock is still quite cheap they have developed the type of loyal following that can catapult these pennies to 1000% gains. SGLB is a stock to watch and might just provide a spectacular trade opportunity in the weeks and months.

Disclosure: we hold no position in SGLB either long or short and we have not been compensated for this article. 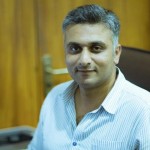