APT Moto Vox Group Inc (OTCMKTS:MTVX) is wallowing away in sub penny land trading big share volume which translates into next to nothing in terms of dollar volume considering the $0.0001 price. MTVX should consider itself lucky; the stock trades at $0.0001 and has done nothing but disappoint shareholder yet MTVX is still a hot topic with significant interest in the stock.

The big story here seems to be massive dilution; one look at the 10Q filed on November 14, 2014 and you know there is serious trouble here; MTVX has massive debt that completely overshadows everything else showing $3,796,588 in accounts payable and $3,698,953 in accrued liabilities as well as $26,979,633 in long term debt.

Nobody even seems to know exactly how much stock is out there but there is a lot; authorized is a whopping 20 billion shares, there are several classes of preferred shares. There is an active discussion on the topic of if MTVX will have to do a reverse split and the fact that management said there will not be one; I would not trust what management says and RS is inevitable sooner or later.

The Company operates a number of domains including powerapt.com and motovox.com which get no traffic and represent no value. Their domain motoped-choose-your-adventure.com gets significant traffic however and has an established valuable backlink structure.

According to IHUB MotoVox® once claimed to be the fastest growing brand of small engine price-point power sport products in America reporting nearly 100,000 power sport products sold amounting to nearly $25 million in less than three years. 2014 will reportedly be a “transition year” for MotoVox® as management attempts to significantly restructure and build on its’s foundation to re-capture market share, expand to international markets and establish the MotoVox® brand. Sears, Kmart and other retailers sell Motovox products. Motovox also sells products direct to the public via their own website. Their most popular examples include:

In September of last year MTVX announced the Acquisition of MotoPeds. They said at the time ”The Company anticipates new revenues from MotoPed sales to approach $1MM through the end of 2014, followed by an explosive 2015 where sales could exceed $5MM.”

Indeed management seemed so taken by the Motoped they went all out creating several new Motoped lines and discontinuing their previous models such as the Smartcarb and the Sonicflow much to the chagrin of some shareholders.

According to motoped-choose-your-adventure.com there are four base models of the Motoped current available and can be purchased fully assembled and ready to ride with stock 49cc engine included, partially assembled kit (sans engine), or as knock-down box-kit you assemble yourself and bolt your own engine onto.

Motoped Models include Pro from 1,999.00; 8″ of suspension travel and aggressive dirt-bike styling make it clear this bike is intended for serious trail bashing.

Cruzer from 2,399.00; Right on; we dig your style. Laid back and comfortable, this bike is ready for action. (You know what we mean). Case of your favorite beverage strapped onto the rear is sold separately.

Survival Bike from 2,499.00; Survival depends on preparedness. With an over-sized rack to strap on a sundry of necessities, plus nearly 3 gallons of fuel on board, you’ll want for nothing but more terrain to tackle.

Currently trading at an unknown and difficult to define market valuation MTVX suffers from an out of control debt situation that has resulted in massive dilution that has decimated the stock price to $0.0001. The Company’s biggest asset is probably their active and loyal shareholder base that still cares what they are doing and maybe they do have nice bikes; they say ‘’ So you’re ready to join the cult-ure and MOTOPED® into the sunset with us? Kickass. We’re proud to indoctrinate you. ‘’ I’m sure they are; there seems to be a history here of broken promises and I would not expect that to change anytime soon. We will be updating on MTVX when more details emerge so make sure you are subscribed to Microcapdaily so you know what’s going on with MTVX. 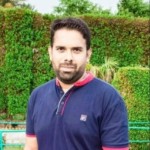