Medical Marijuana Inc (OTCMKTS:MJNA) took off on Thursday from its $0.016 base on a straight line northbound on massive volume after the Senate unanimously approved a marijuana bill “the Cannabidiol and Marihuana Research Expansion Act” which cleared the full chamber without debate. The bill streamlines the application process for researchers who want to study the plant and to encourage the Food and Drug Administration (FDA) to develop cannabis-derived medicines. Advocates and stakeholders are eagerly awaiting the formal introduction of the Cannabis Administration & Opportunity Act (CAOA) which would make marijuana legal federally is being finalized by Majority Leader Chuck Schumer (D-NY) etc. All this points to a possible run on micro-cap cannabis stocks and MJNA has a long, long history of making parabolic runs during this time; in February 2021 MJNA skyrocketed from current levels to highs of $0.22 per share. Microcapdaily has covered the stock for years and we have covered many of these spectacular runs MJNA has made. On October 1, 2016 we reported on MJNA when it was $0.04 shortly before it spiked to highs of $0.27 in November 2016. When mj stocks heat up, MJNA is a great place to be.

MJNA is currently in good shape; In recent months the Company has been heavily focused on the expansion of its international operations. Medical Marijuana, Inc. and its subsidiaries have opened new facilities in Japan, Hong Kong and South Africa, among others. The Company’s operating assets in Japan, Mexico, and Brazil continue to see explosive growth, each achieving their respective largest revenue months in Company history within the last year.  MJNA stated last week they have eliminated two long-standing promissory notes equaling $10,184,598. This wipes out most of the Companies liabilities leaving around $4 million. MJNA has $5.5 million in the treasury, they hold $16 million in investments, $3 million in inventory and $6 million in loans receivable booking over $9 million in revenues for the 3 months ended September 30, 2021 putting the Companies annual revenues at a significant clip for the OTC.

Medical Marijuana Inc (OTCMKTS:MJNA) is a cannabis company with three distinct business units in the non-psychoactive cannabinoid space: a global portfolio of cannabinoid-based nutraceutical brands led by Kannaway® and HempMeds®; a pioneer in sourcing the highest-quality legal non-psychoactive cannabis products derived from industrial hemp; and a cannabinoid-based clinical research and botanical drug development sector led by its pharmaceutical investment companies and partners including AXIM® Biotechnologies, Inc. and Neuropathix. Medical Marijuana, Inc. was named a top CBD producer by CNBC. Medical Marijuana, Inc. was also the first company to receive historic import permits for CBD products from the governments of Brazil, Mexico, Argentina, and Paraguay and is a leader in the development of international markets. The company’s flagship product Real Scientific Hemp Oil has been used in several successful clinical studies throughout Mexico and Brazil to understand its safety and efficacy.

Earlier this year MJNA reported its subsidiary Kannaway® achieved its largest revenue month in the company’s history in its Japan and South Africa divisions. This is now month 4 in a line of best revenue months in a row in the Japan market has been both a great way to end 2021 and an inspiring way to start 2022. Kannaway® is a network sales and marketing company specializing in the sales and marketing of hemp-based botanical products. Kannaway® currently hosts weekly online sales meetings and conferences across the United States, offering unique insight and opportunity to sales professionals who are desirous of becoming successful leaders in the sale and marketing of hemp-based botanical products. 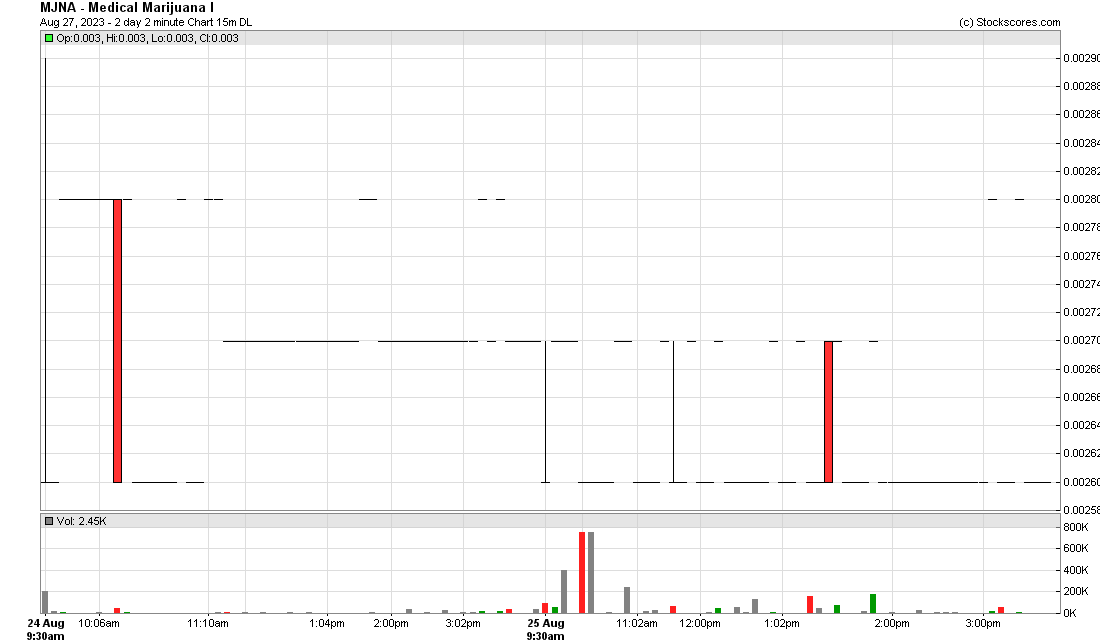 MJNA recently hosted its Europe Regional Event in Prague on March 5 and 6, 2022. The event, took place at the Wellness Hotel Step, allowing Kannaway® Brand Ambassadors to network with top Kannaway® Europe leaders, the Company’s global executive team, and fellow business owners. The Company also launched its first cannabidiol (CBD) product to include 1% THC, which can legally be sold throughout the Czech Republic. Europe has been a major growth area for Kannaway and these types of events are crucial to helping people understand the business opportunities of joining the Company and the value proposition of our products and company. In recent months the Company has been heavily focused on the expansion of its international operations. Medical Marijuana, Inc. and its subsidiaries have opened new facilities in Japan, Hong Kong and South Africa, among others. The Company’s operating assets in Japan, Mexico, and Brazil continue to see explosive growth, each achieving their respective largest revenue months in Company history within the last year.

Kannaway® is the first direct selling company to offer hemp-based CBD wellness products across Europe. According to Market Data Forecast, the size of the European Cannabidiol Market is projected to witness a CAGR of 21.26% between 2021 to 2026 and be worth USD 8.96 billion by 2026 from USD 3.42 billion in 2021. Microcapdaily has been reported on MJNA for years and we have covered many of these spectacular runs this one has made. On October 1, 2016 we reported on MJNA when it was $0.04 shortly before it spiked to highs of $0.27 in November 2016: “Medical Marijuana Inc (OTCMKTS:MJNA) has seen a surge in price and volume in recent days as the stock moves up off its $0.04 base and moves towards $0.06 resistance. MJNA remains an Investors favorite and a staple among the top most traded stocks on the entire exchange. When the pot sector heats up MJNA is a great place to be with its history of parabolic moves; catalysts suggesting another pot boom is here include Canada’s new prime minister promising legalization immediately, DEA being told by California judge to stop interfering with dispensaries, billionaire Richard Branson suggesting a decriminalization amendment in the U.N, 6,000 non-violent drug offenders released Nov 1st, Australia lifting ban on medical MJ, New York opening medical MJ dispensaries in January, Colorado revenues increasing and more.

Currently trading at a $73.5 million market valuation MJNA has 4.6 billion shares outstanding out of a 5 billion authorized. At this point the Company is doing over $35 million in annual revenues and just recently cleared out $10 million of its $14 million debt load. Historically MJNA heavily diluted the stock, lied to shareholders regularly, were involved in a number of lawsuits and at least one of its CEOs spent time in jail and he was guilty and rightfully there. But this is an exciting story developing in small caps; MJNA is traded at the floor of $0.02 having just moved up off its $0.016 base, according to the recent legislation a run on mj penny stocks seems likely here and MJNA has a long history of making parabolic moves whenever mj stocks get hot. MJNA took off its $0.016 base on Thursday trading 40 million shares well above its 7 million shares per day 10-day average, on major momentum northbound.  We will be updating on MJNA when more details emerge so make sure you are subscribed to Microcapdaily so you know what’s going on with MJNA.