GTX Corp (OTCMKTS: GTXO) has been on the rise in recent days on significant trading volume and investor Interest. The stock has risen in recent months from $0.0036 lows to recent highs over $0.02 per share.

GTX got a boost after the Company announced the launch of a new patented wearable technology noise reduction system designed to protect the wearer from loud background noises, without interfering or drowning out direct verbal communication.

GTXO has international distributors servicing customers in over 35 countries and is a U.S. Military Government contractor. Other customers include public health authorities and municipalities, emergency and law enforcement, private schools, assisted living facilities, NGOs, small business enterprises, senior care homes, and consumers. The Company is most widely known for its patented GPS SmartSole and Smartphone GPS Tracking App. GTXO also owns and licenses a large portfolio of patents in the GPS and wearable technology space, has several consumer products available on its online store and Amazon and most recently soft launched its new NFC Veritap solution.

In January GTX announced it has received an initial test order from the Sri Lanka Ministry of Defense. Over the past twelve months, GTX has been working with the Sri Lanka government to get its GPS and Track & Trace solutions approved for sale and import into the country as part of a large scale requirement from the Sri Lanka Army, Disaster Management Centre, and Centre for Research and Development under the Ministry of Defense initiative to tag, track and locate (TTL) their personnel and equipment. Shortly following the Sri Lanka government approving their 2019 annual budget of $17.5 billion, GTX received an Official Letter and Certificate (registration number F191478) approving GTX as a registered supplier for the year 2019 under the Ministry of Defense for categories J6, J28, J29, J44, J57, J70, RS1 and RS2 and in November of 2019 GTX received notification that the certificate was renewed for 2020, along with a notice that an initial test order was going to be sent in the coming weeks.

To Find out the inside Scoop on GTXO Subscribe to Microcapdaily.com Right Now by entering your Email in the box below 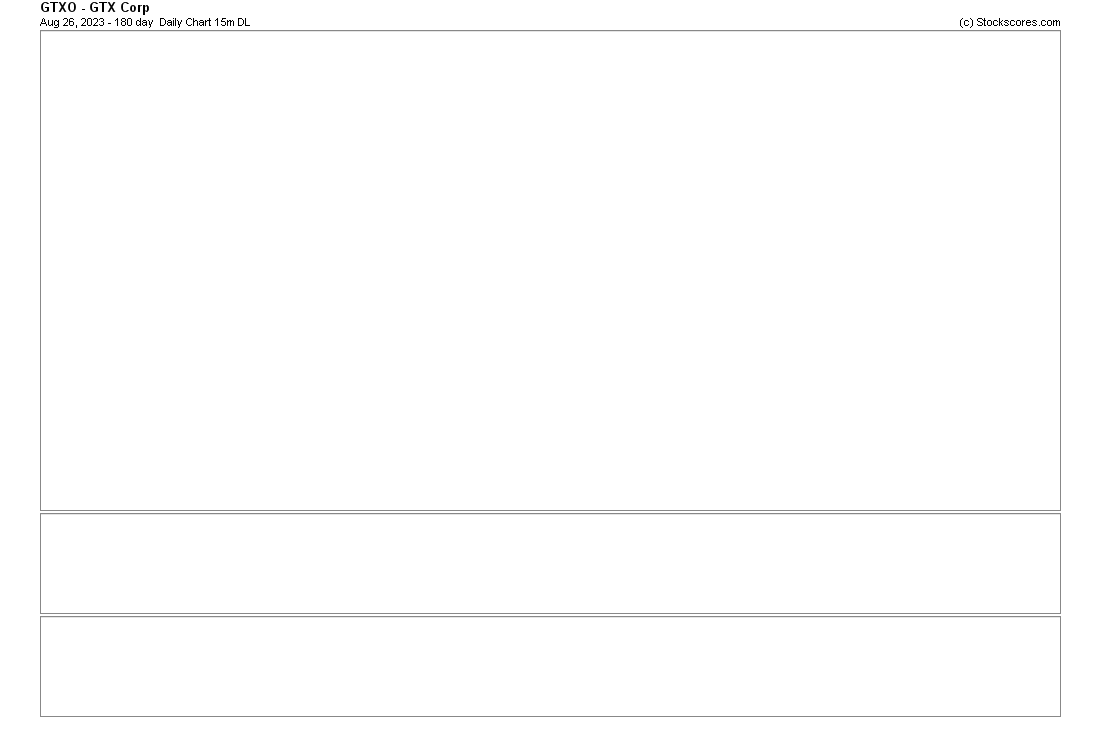 GTXO got a boost after the Company announced the launch of a new patented wearable technology noise reduction system designed to protect the wearer from loud background noises, without interfering or drowning out direct verbal communication. The patented noise reduction ear buds or NRBz are designed to reduce loud background noise by up to 40 dB’s without attenuating low direct noise such as someone speaking to you. Perfect for military, law enforcement, first responders, hunters, recreational firearms users, oil and gas workers, race car drivers, motorcycle riders and people with autism. Basically, anyone who is exposed or sensitive to loud noises but still needs to clearly communicate with people around them.

“We are excited to launch this new wearable tech product under our Health and Safety umbrella. Hearing loss from noise is the second most reported occupational illness for industrial workers. Close to 30 million people are exposed to dangerous noise in the workplace, costing billions in treatments and lost productivity, while the Veterans Association spends close to $1 billion a year in hearing loss disability payments. NRBz created by Hearing Armor, are a natural companion product to many of our safety and monitoring solutions we currently sell through our existing channels but will also open the doors into new market segments we are approaching,” commented Patrick Bertagna GTX Corp CEO.

Made of a translucent soft silicon for easy fit and inconspicuousness, NRBz have an MSRP of $29.95 and for the first 100 orders all customers purchasing from the GTX online store, will get 2 pairs for the price of 1 by using promo code 2NRBz.

Currently trading at a $1 million market valuation GTX has manageable debt and growing revenues reporting $340,066 in sales for the 3 months ended September 30, 2019 up from $195k for the same period last year. GTX is an exciting story in small caps – the Company has international distributors servicing customers in over 35 countries and is a U.S. Military Government contractor. GTX just launched a new patented wearable technology noise reduction system designed to protect the wearer from loud background noises, without interfering or drowning out direct verbal communication. We will be updating on GTXI when more details emerge so make sure you are subscribed to Microcapdaily so you know what’s going on with GTXO.

Disclosure: we hold no position in GTXO either long or short and we have not been compensated for this article