Tautachrome Inc (OTCMKTS: TTCM) saw a huge move up the charts last year from triple zero lows to highs of $0.0329 per share. Since than the stock has slowly wandered downward recently falling south of the $0.01 mark. The stock still has a significant shareholder base who is looking for reversal.

Microcapdaily covered TTCM run on the way up commenting on June 9, 2018: Tautachrome Inc (OTCMKTS: TTCM) has been running up the charts in recent months from a start point of $0.0003 back in March to recent highs of a penny. The stock has attracted a fast growing shareholder base that has transformed TTCM into a volume leader and continues to bid this one higher.

Tautachrome Inc (OTCMKTS: TTCM) bills itself as an emerging growth company in the Internet applications space. The company has revolutionary patents and patents pending in augmented reality, smart-phone image authentication and imagery-based social networking. The company is leveraging these technologies to develop privacy and security-based applications for global business and personal use.

Tautachrome has created an augmented reality based “ArKnet system” providing virtual interfacing between providers of household products & services, and the consumers of these goods & services. The Company is establishing a cryptotoken-based ecosystem to monetize this body of technology. The Company’s top priority is developing its branded KlickZie platform which will turn smartphones into trustable imagers meaning they are capable of capturing pictures and videos that can be verified as original, untampered and un-photoshopped. Furthermore the KlickZie platform will serve as the world’s first imagery-based social portal network. By clicking or touching a in the world who may be viewing the imagery. And finally, the Company’s ArKnet system will provide virtual interfacing between consumers and providers in the global household goods and services marketplace.

To Find out the inside Scoop on TTCM Subscribe to Microcapdaily.com Right Now by entering your Email in the box below 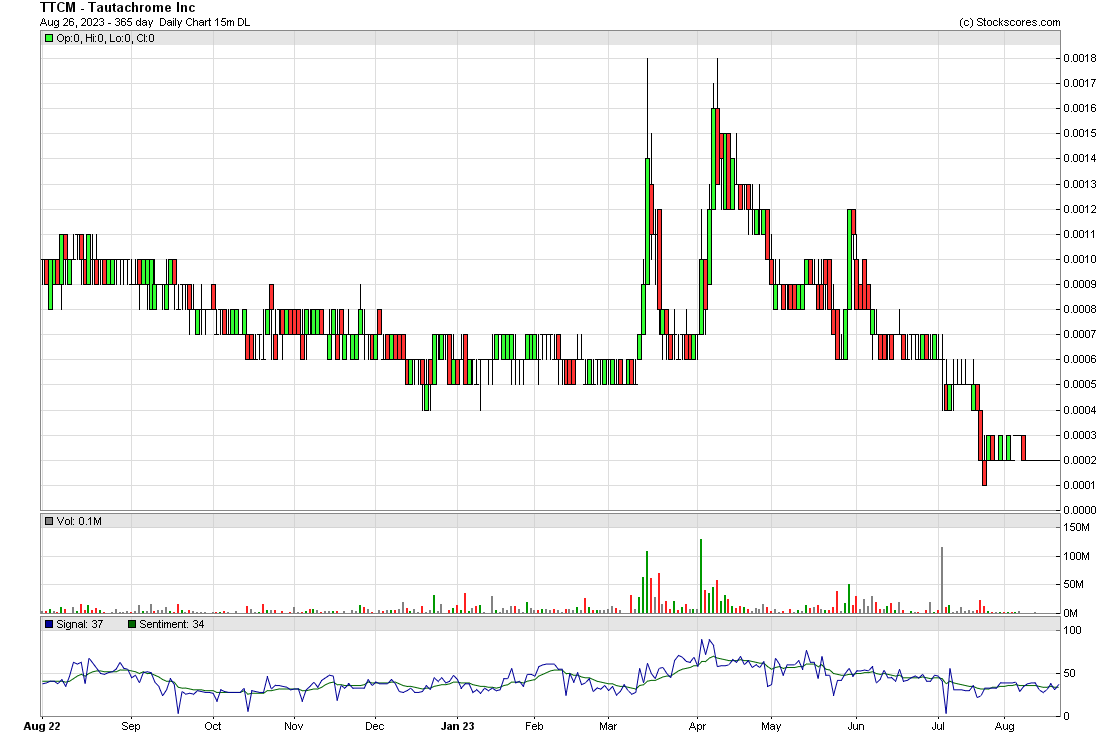 On February 20 TTCH announced the competition of ARk Hunt 2019, its first annual nationwide augmented reality scavenger hunt. Tautachrome is excited to announce the successful completion of ARk Hunt 2019, its first annual augmented reality scavenger hunt. The event took place in all 50 states across the United States and ran from September 20th to September 27th. Participants were provided clues for locating and collecting augmented reality “ARks” from within the ARknet application. The event successfully demonstrated the viability and scalability of the ARknet application to a wider audience. We released 3 major updates in advance of the event and 2 more important updates while the event was occurring. All of the releases were stable, and the application infrastructure supported additional users with 100% availability.

As part of the event we also attempted to achieve a GUINNESS WORLD RECORDS™ title for the largest augmented reality scavenger hunt in one week. Although we saw participation in 31 out of 50 states this year, we fell short of achieving the record. We plan on holding the ARk Hunt event again next year to successfully capture the world record! Our operational team is meeting today with GUINNESS WORLD RECORDS™ adjudicator Philip Robertson to validate this 2019 official attempt. Final results for prize winners are being audited and will be announced soon. We look forward to ARk Hunt 2020!

Currently trading at a $18 million market valuation TTCM has little assets or revenues and $3.8 million in current liabilities on the books up from about $2.5 million last June. TTCM went into full beast mode last year as the Company commenced its the ARknet version 1.0 app and attracted a signifcant shareholder base many of whom are still invested here and waiting for something to happen. We will be updating on TTCM when more details emerge so make sure you are subscribed to Microcapdaily so you know what’s going on with TTCM.

Disclosure: we hold no position in TTCM either long or short and we have not been compensated for this article.