The Long and Short on PCT Ltd (OTCMKTS: PCTL)

PCT Ltd (OTCMKTS: PCTL) got some lift when they announced they have added another company to their growing distributor network. BOX Bioscience of Mount Pleasant, SC with operations in North Carolina has recently been approved as a level three distributor. PCTL also updated on its on additional hospital installations in New York City. Relating to a previous release, installation of PCTL’s Annihilyzer® Infection Control Systems commenced with an installation last week (week of 5/24). An additional installation is being performed today, June 5th. Both installations occurred within large hospitals owned by a major NYC healthcare system and were performed through PCTL’s primary healthcare distributor ACE Janitorial Services.

In recent months PCTL has seen a spectacular rise out of sub penny land to highs near a dime while the overal markets saw their worst declines in years. The excitement on PCTL surrounds its patented PCT patented Annihilyzer® Infection control system that is currently being deployed in US hospitals. The Company recently reported a new purchase order to install the Annihilyzer® System at another New York City hospital.

Paradigm Convergence Technologies Corp (PCT) is a technology licensing company specializing in environmentally safe solutions for global sustainability. PCT launched its patented Annihilyzer® Infection control system, a revolutionary product line according to PCT that reduces the likelihood of acquiring Hospital Associated Infections within hospitals in the United States and Europe. PCT’s Annihilyzer® System has now been deployed in about a dozen hospitals with some of the hospitals moving on to to multiple systems. PCT management said it expects to grow at the rate of a minimum of two hospitals a month for the first part of this year and then to double that for the second half of the year.

To Find out the inside Scoop on PCTL subscribe to Microcapdaily.com Right Now by entering your Email in the box below 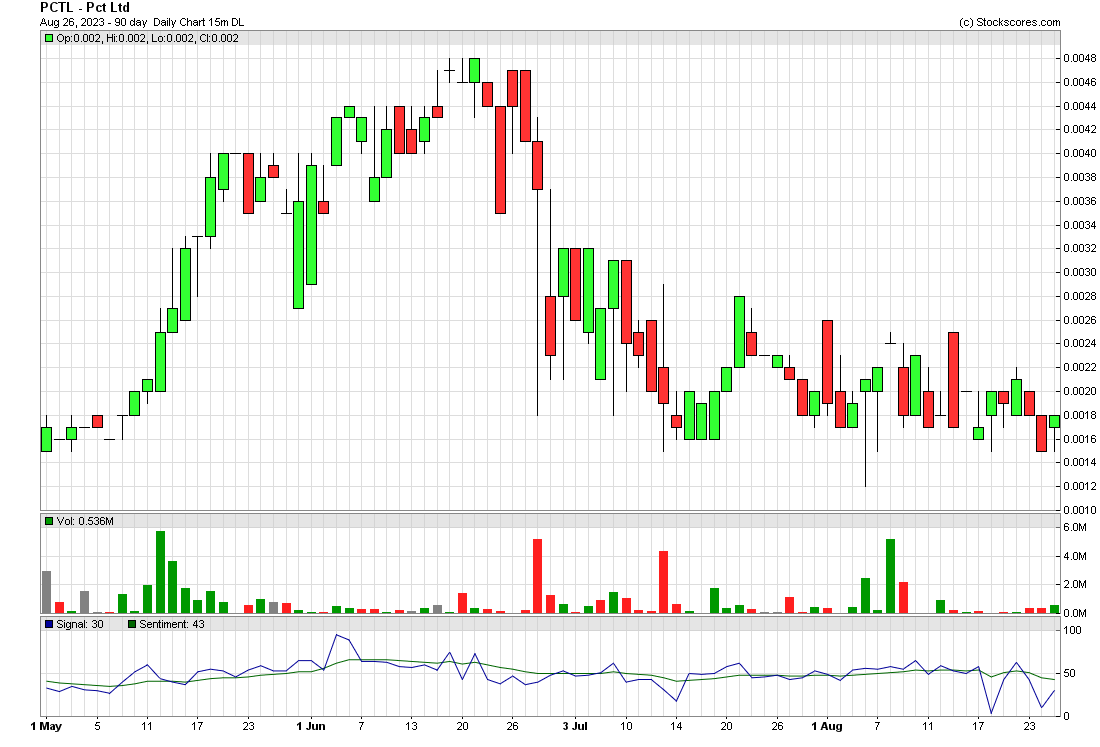 PCT has been busy recently; in March the company obtained EPA approval for emerging pathogens labeling for use against SARS-CoV-2, the Novel Coronavirus. PCT CEO Gary Grieco said at the time: “We are very pleased to receive approval for an “emerging pathogens” claim on our product label. It represents an important step for us as a business and in helping to control the spread of infectious disease as a whole. Additionally, we are now prequalified for future emerging pathogens of any virus classification.”

In May PCTL said they reached a final agreement with Paradigm Convergence Technologies (Europe) Ltd. The agreement was enacted on May 25th, 2020 and will secure a mutually beneficial business relationship between the two entities, in which PCTL will hold a beneficial stake. “We have been working diligently to formalize the final terms of our arrangement,” says PCTL CEO Gary Grieco.

“Through this agreement Paradigm Convergence Technologies (Europe) Ltd will be able to introduce our technology throughout the United Kingdom and their interconnected healthcare system.” The arrangement also provides territory rights to PCT Europe throughout 5 additional European nations.

In addition, the company continues efforts to finalize its 10-K annual report, currently past due, in coordination with outside accountants and its independent registered public accounting firm.

“We take very seriously the importance of getting and remaining current with regard to our filings,” says CEO Gary Grieco. “We are also aware of, and take very seriously, the potential effects on shareholder value. We remain committed to our shareholders and thank them for their patience. Rest assured that tremendous effort is being made on all fronts to complete our annual report and to file it as soon as it is completed, and consent from the auditors has been obtained.”

Currently trading at a $26 million market valuation PTCL recently filed a quarterly report showing sales of $534k for the 9 months ended September 30, 3019 up from $150k for the same period last year representing an increase of over 200% revenue growth. PCTL is currently attracting legions of shareholders and dollar volume has topped the $1 million US per day mark on several occasions recently. PCTL is an exciting story developing in small caps, the PCT Annihilyzer® System has now been deployed in about a dozen hospitals with some of the hospitals moving on to to multiple systems. PCT management said it expects to grow at the rate of a minimum of two hospitals a month for the first part of this year and then to double that for the second half of the year. Management is also well aware of the coronavirus connection recently stating at a conference call they are currently in negotiations regarding the coronavirus situation. PCTL seems to be on a growth trajectory; as PCT President Gary Grieco recently stated: “We have gone through some really rough times, the ship has been stabilized and our growth potential is better and bigger than it ever was before.” Microcapdaily has recently been featured in press releases from the Companies we cover like here and here make sure you keep following. We will be updating on PCTL when more details emerge so make sure you are subscribed to Microcapdaily so you know what’s going on with PTCL.

Disclosure: we hold no position in PCTL either long or short and we have not been compensated for this article.