Wikisoft (OTCMKTS: WSFT) the ERT spin off from ILUS has been rocketing up the charts in recent weeks and is turning into one of the biggest runners of summer 2022. The stock is blessed with a low float of just 21,339,379 free trading WSFT shares and moves on little volume. On June 2 Ilustrato Pictures International ILUS spun off ERT Emergency Response Technologies Inc, into WSFT acquired control the controlling share block of Wikisoft Corp., which currently trades under the ticker WSFT and is fully reporting OTCQB.

Reverse merger stocks can be more explosive than biotech’s when the incoming Company has real value but is undiscovered to investors and we have covered many on the website that have gone from pennies to dollars. Two recent RM runners that stand out are TSNP which went from sub pennies (where we first wrote about it) to several dollars per share. The other is HRBR which went from a few cents (where we first wrote about it) to $3 plus. WSFT certainly has not disappointed so far and with the potential of Emergency Response Technologies Inc ERT and the low float WSFT could go far.

Wikisoft (OTCMKTS: WSFT) is a fully reporting OTCQBB SEC filer that filed its 10k in March on time and has a clean balance sheet with $390k in liabilities and is a perfect RM candidate. Previous to the merger Wikisoft Corp. had a vision to become one of the largest big data providers of information for businesses. With the February 28, 2022 acquisition of a majority interest in Etheralabs LLC, a New York City based venture lab and ecosystem that invests in, builds, and deploys disruptive technologies across the Blockchain space, Wikisoft´s vision is to combine the company’s massive amount of data on startups, funds and investors with Etheralabs’ disruptive Blockchain technology to accelerate finance partnerships between startups and investors.

On May 25 ILUS reported:

The company confirmed that it has agreed the principal terms to acquire its first $100 million revenue company. The agreed acquisition delivered upwards of $100 million in 2021 revenue and is on track to achieve over $200 million in 2022.  ILUS is pleased to announce that following months of discussions and due diligence, the terms have been agreed for the acquisition of a large process equipment manufacturer which is focused primarily on the Oil, Gas and Utility industries and which also manufactures firefighting equipment for special projects. The company is a leading provider of heavy engineering solutions and turnkey projects with an extensive list of global multinationals as customers. The agreed acquisition is headquartered in the Middle East where its manufacturing and assembly facilities extend to over 10 million square feet.

ILUS will structure the agreed acquisition within its Emergency Response Technologies subsidiary, alongside a group of several strategically aligned manufacturing and technology companies. Emergency Response Technologies has simultaneously agreed the acquisition of a fully reporting Special Purpose Vehicle (SPV) and it is intended that the agreed acquisition will be reversed into this SPV. More detailed information on the structure of the deals will be announced closer to or at their completion.

For anyone who still hasn’t grasped the magnitude of what $ILUS is doing & still don’t understand how #ERT & $WSFT are connected & how ILUS (& its shareholders!) will benefit from ILUS spinning off this & other subsidiaries, I summarized all these interactions in graphic format. https://t.co/CDC7ymzqva pic.twitter.com/OQ2tUtWYd2

To Find out the inside Scoop on WSFT Subscribe to Microcapdaily.com Right Now by entering your Email in the box below 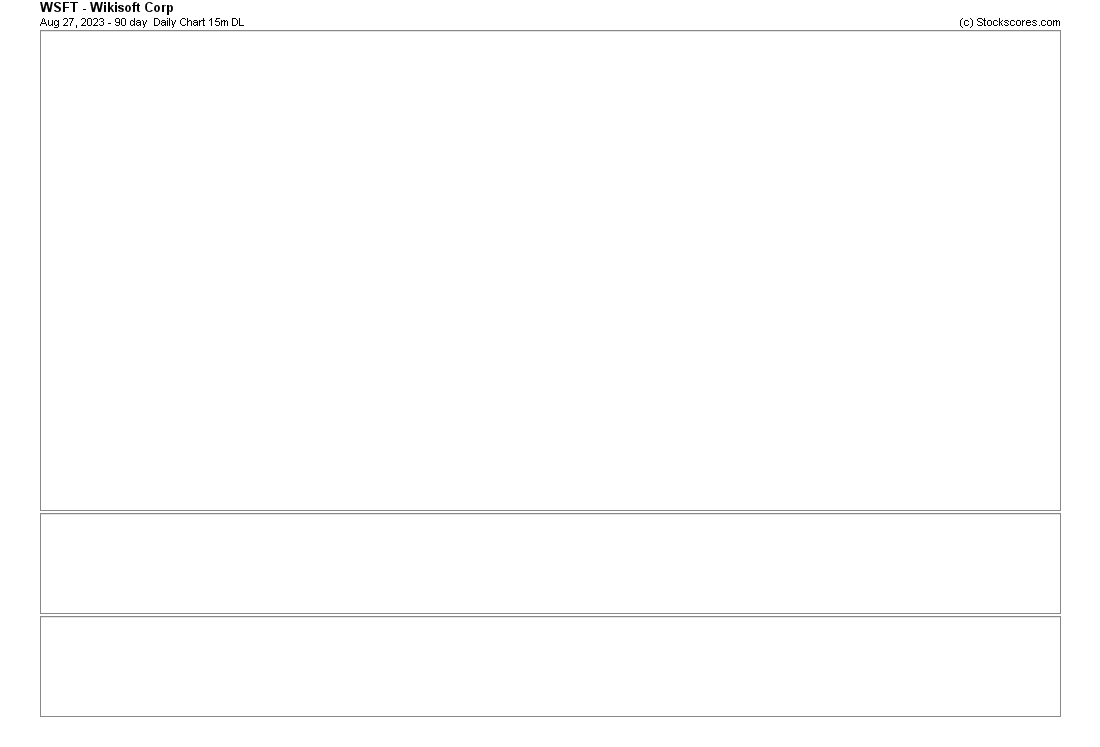 Along with the acquisition of its controlling shares by Emergency Response Technologies, a new Board of Directors and Executive Officers are being put in place with immediate effect. The company is exploring and taking on new growth opportunities which will involve a reorganization of the operating business and a change in focus. WSFT anticipates that it will simultaneously implement the necessary changes and take on its first growth opportunity. The company believes that the change in focus following its acquisition and reorganization by Emergency Response Technologies will lead to growth for the company and add Shareholder value.

In addition to a name and ticker change which will be applied for and announced as soon as possible, WSFT will become more proactive on its relevant social media channels. The company looks forward to providing regular updates on its changes and progress through social media and formal press releases.

According to the WSFT release:

ILUS CEO Nick Link has taken over as Chairman of Wikisoft Corp. with ILUS Managing Director, John-Paul Backwell, Chief Operating Officer, Louise Bennett, and Chief Financial Officer, Krishna Moorthy, taking seats on the Board of Directors for the company.

More information on the change of control of Wikisoft Corp. can be found in their most recent press release published on 2 June 2022: https://www.otcmarkets.com/stock/WSFT/news/story?e&id=2231797

ERT will update the relevant social media and websites during the next week.

For further information on the companies, please see their communication channels:

will acquire a large ($100-200M revs) Company (the agreed acquisition)

Currently trading at a $33 million market valuation WSFT is clean fully reporting OTCQB and now 77% owned by ILUS shareholders. There are just 21,339,379 free trading WSFT shares currently in the market and significant demand as ILUS created the new Company to hold its Emergency Response Technologies Inc subsidiary which is acquiring a large ($100-200M revs) Company (the agreed acquisition). Microcapdaily will be updating on WSFT, So Get on the List, its 100% Free.

Disclosure: we hold no position in WSFT either long or short and we have not been compensated for this article.