General European Strategic Investments (OTCMKTS: GESI) has had a rough past few days since skyrocketing over $10 per share earlier this month. At the height of the The-FinancialNews.com linked google add campaign OTCMarkets dropped the hammer slapping GESI with the dreaded skull & crossbones and the stock collapsed as everybody has been predicting for weeks now. We stated in our article on May 25 on GESI “As we stated earlier GESI has a powerful promoter behind it who may continue to push it much higher, but the bottom will drop out, GESI is not SEC reporting and cannot maintain this valuation. The steady ride up every day on plenty of liquidity is nice but be careful when the bottom drops out, it will happen very fast.” and it did happen very fast, too fast for the many shareholders who bought on the way up. After an initial bounce to $4 GESI has formed a new base at the $2 level where it continues to trade today. It was easy to predict the outcome for GESI as the Company had little to back up the multi billoin dollar valuation it commanded, even now GESI is trading at a $750 million market valuation, a valuation it cannot maintain over the long term. Over the short term is another story; it’s fairly clear by the 2 press releases last week that they plan to promote it again and it’s very possible GESI could see some short-term upside from current levels. Long term however GESI will see significant declines from here. The reality is that GESI does not support a market valuation of more than $15 to $30 million which means the stock will be trading for pennies in the end and all shareholders buying at current levels will lose 95% of their investment.

General European Strategic Investments (OTCMKTS: GESI) holds a significant interests in Tier-1 and district-scale projects, located in Europe. The portfolio of GESI includes: Gemerska Poloma – Arbitration Case, Laakso PGE-Nickel-Copper Project, ColdPro LTD and the Transcarpathian Gold Project. The Comapany has issued many press releases over the past few months but if you want to skip these because really the don’t mean anything, then skip to the conclusion that start with “currently trading at a $3.1 billion market valuation in bold;

Last week GESI announced an update on the initial stage of the Seismic and Electromagnetic Methods for Deep Mineral Exploration Project (“SEEMS DEEP”). GESI participates in the SEEMS DEEP Project through its wholly owned Finnish subsidiary Laakso Minerals. The initial stage of the SEEMS DEEP Project is now underway. Preliminary work is being jointly undertaken by the Geological Survey of Finland (GTK) and our subsidiary, Laakso Minerals.

The work plan includes collating all the existing geological and geophysical data into a digital database and 3D modelling platform, and the construction of the initial geological model of the study area. This model will form the knowledge base for the planning of upcoming geophysical programs.

The First Conference of the SEEMS DEEP Consortium will take place in Kuusamo Region of Finland on August 16-18, 2022 and will be hosted by Laakso Minerals.  At the Conference a summary of the initial geological model of the study area will be presented by GTK and Laakso Minerals representatives. The first field trip to the study area, and to the Koillismaa Deep Drill Hole site, will be guided by GTK and Laakso representatives, around the time of the conference. Before the conference, contacts with the local authorities, landowners and population, including town hall meetings, are planned to create social awareness of our plans for the project.

Wolfgang Rauball, GESI’s CEO, stated, “The SEEMS DEEP Project, combined with the expected continuation of the 3 km deep Koillismaa Deep Drill Hole, currently suspended at a depth of 1.7 km, are two extraordinary developments within our license areas that will allow the most advanced and reliable assessment of the potential for large deep-seated bodies of mineralization within the Laakso Project to be made.” 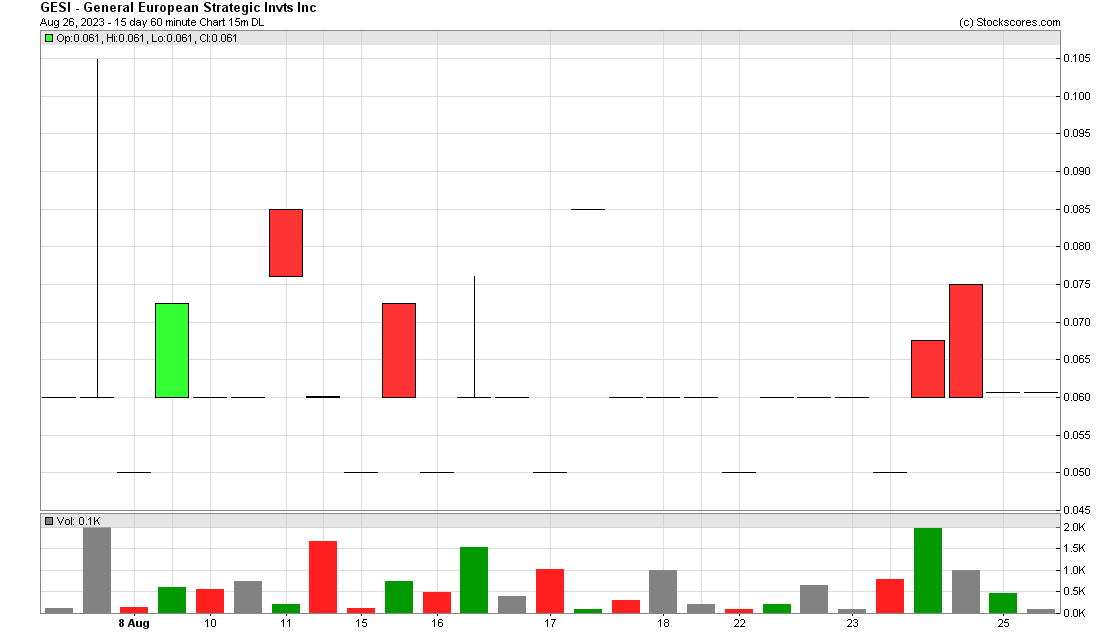 The SEEMS DEEP Project is a part of the ERA-MIN3, a global innovative pan-European network of 24 European and non-European research funding organizations, aiming to strengthen the mineral raw materials community through the coordination of research and innovation programs.

The Project has been selected for financing by the referees after a strong competition of 146 pre-proposals for its scientific excellence, impact and implementation. The total budget of the Project is € 2,182,518.

The SEEMS DEEP Consortium is implementing the innovative scientific-research methods, approaches and ideas in discovering of the deep-seated ore deposits within Laakso’s reservation permit through the development of a novel workflow, integrating seismic and electromagnetic methods.

The SEEMS DEEP workflow aims to substantially improve geomodels that will enable better decisions in exploration drilling, which in turn will lead to decreased exploration cost and a smaller environmental impact. Its ambition is to produce high-confidence earth models that add more value to the exploration project than several drill holes that might miss the exploration target and provide only point-like data.

On June 22 GESI announced shareholders representing an aggregate of 100,000,000 common shares, have formally agreed to swap their shares on a 100:1 basis into shares of Series C Convertible Preferred Stock. The Company has prepared and submitted the documents necessary to designate this new series of preferred stock to the appropriate regulatory bodies.

As previously announced in the May 20, 2022 press release, these newly authorized preferred shares will: Designate 1,500,000 of its 10,000,000 authorized shares of preferred stock as a new series of preferred stock entitled “Series C Preferred Stock” with a par value of $0.0001. The 1,500,000 Series C Preferred Stock is to be convertible on a 1:100 basis after the Company’s stock trades at a volume-weighted average price (VWAP) of $5.00 for 20 consecutive days. These shares will not have voting, dividend or liquidation rights but will have piggyback registration rights. With the Certificate of Designation filing now completed, the Company will coordinate with its transfer agent for the cancellation of the aforementioned common shares and issuance of the Series C Convertible Preferred shares.

$GESI is pleased to announce #shareholders representing an aggregate of 100M #commonshares, have formally agreed to swap their #shares on a 100:1 basis into shares of Series C Convertible #PreferredStock.

Currently trading at a $750 million market valuation GESI started trading in late April at $5 per share and it has been a volatile ride since then, dropping to as low as $0.84 in early April the stock traded over $10 per share in June before a massive crash to current levels at $2 where it has found some support for now. GESI has had the dreaded skull and crossbones designation added by OTCMarkets due to the promotion that used an aggressive google add campaign leading to changing numbered pages at The-FinancialNews.com. As we said before; it’s fairly clear by the 2 press releases last week that they plan to promote it again and it’s very possible GESI could see some short-term upside from current levels. Long term however GESI will see significant declines from here. The reality is that GESI does not support a market valuation of more than $15 to $30 million which means the stock will be trading for pennies in the end and all shareholders buying at current levels will lose 95% of their investment. Do You Want Stocks That Could Go Up 348% In Days Delivered To Your Inbox For FREE? Subscribe to Microcapdaily Right Now.

Disclosure: we hold no position in GESI either long or short and we have not been compensated for this article
Share
Facebook
Twitter
Pinterest
WhatsApp
Previous articleSharing Economy International Inc (OTCMKTS: SEII) Major Breakout on QEV MOU to Form JV in New Energy Vehicles Running with Electric & Hydrogen Power
Next articlePropanc Biopharma, Inc. (OTCQB: PPCB) Heating Up as Biotech Confirms no RS as it Advances PRP Targeting Solid Tumors in Cancer