LGBTQ Loyalty Holdings Inc (OTCMKTS: LFAP) is on the rise since reversing off $0.013 lows. The stock was trading as high as $0.10 in October and has an established shareholder base that sees this one going higher.

LGBTQ Loyalty Holdings Inc (OTCMKTS: LFAP) bills itself as a financial methodology and media company that quantifies corporate equality alignment with the LGBTQ community and its supporters. The Company has benchmarked the first-ever U.S. Loyalty Preference Index, which the Company believes will empower the LGBTQ community to express their preferences for the nation’s high-performing corporations most dedicated to advancing equality. The Loyalty Preference Index, which is an environmental, social and governance (“ESG”) Index, will also offer an added perspective for those seeking to align with equality-driven, ESG-responsible corporations. LGBTQ Loyalty’s leadership includes seasoned authorities in the financial industry and LGBTQ community.

The LGBT Loyalty (ETF) Index Traded Fund is expected to be the first ”preference” index fund to survey a representative group of LGBT consumers to determine the top public companies that best support and are supported by the LGBT community. We expect the S&P 500 to represent the universe of companies surveyed. Expert LGBT economists have repeatedly stressed the value of the LGBT brand loyalty to corporations. We believe the companies that best capture the spending trends and loyalty of the LGBT consumer will be better positioned for financial growth and success. In 2017, LGBT consumer buying power was over $917 billion in the US market alone. Our business strategy is targeted to part of the $3.7 trillion purchasing power of the LGBT consumer demographic worldwide.

To Find out the inside Scoop on LFAP Subscribe to Microcapdaily.com Right Now by entering your Email in the box below 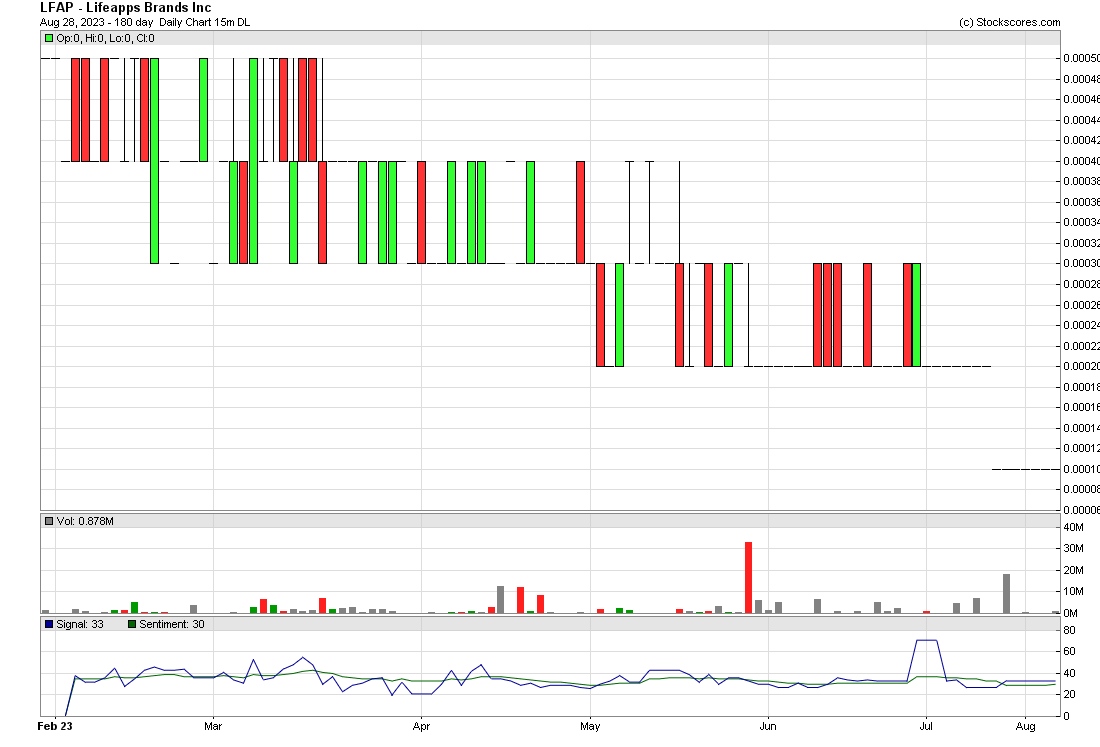 Last Month LFAP announced it is hosting a press conference at Inside ETFs 2020 to discuss the advancement of equality through collaboration in both the public and private sectors. The panel will feature Dean J. Trantalis, the first openly gay person to be elected Mayor of Fort Lauderdale, Fla., and LGBTQ Loyalty board members Barney Frank, former U.S. Congressman, and Billy Bean, Vice President and Special Assistant to the Commissioner of Major League Baseball. Moderated by LGBTQ Loyalty CEO Bobby Blair, the panel will highlight public and private sector activity to address hot-button issues facing the 450 million members of the LGBTQ community with some of its most influential leaders, ambassadors and members.

On February 6 LFAP announced the LGBTQ100 ESG Index (Ticker: LGBTQ100) reached an intra-day high of 2,009.02 and closed at 2,006.96 for the first time since inception on October 30, 2019. Designed to advance equality throughout corporate America, the Index tracks the top 100 companies within the U.S. that rank high on environmental, social and governance (ESG) metrics and support the cause for diversity and equality across the nation. The Index went live on Oct. 30, 2019, with an opening value of 1,807.85. Since launch, the Index has outperformed the S&P 500 by 1.21%.

LFAP CEO Bobby Blair stated “I’m thrilled that our LGBTQ100 ESG Index, which screens for ESG compliance in addition to advancing equality, has outperformed the S&P 500 in its first 90 days. Our community has direct input into the selection of these top 100 equality-driven corporations, which ultimately furthers our collective mission to deliver an Index that supports and aligns with the LGBTQ community.”

On February 19 the Company released an 8k stating they have issued a 10% Convertible note in the principal amount of $115,500 to Cavalry Fund I LP. The Note matures and becomes due and payable on November 11, 2020 and accrues interest at a rate of 10% per annum (increasing to 24% upon an event of default) while the Note remains outstanding.

Currently trading at a $2.7 million market valuation LFAP has minimal assets and revenues and growing short term debt. But this is an exciting story developing in small caps; the Company is the creator of the LGBTQ Index 100 which went live on October 30, 2019 with an opening value of 1,807.85. Recently LFAP reported the LGBTQ100 ESG Index (Ticker: LGBTQ100) reached an intra-day high of 2,009.02 and closed at 2,006.96 for the first time since inception on October 30, 2019. We will be updating on LFAP when more details emerge so make sure you are subscribed to Microcapdaily so you know what’s going on with LFAP.

Disclosure: we hold no position in LFAP either long or short and we have not been compensated for this article.