The Inside Scoop on Sun Pacific Holding Corp (OTCMKTS: SNPW) Sun Pacific Holding Corp (OTCMKTS: SNPW) might trade for fractions of a penny but this is an exiting little Company making moves in solar and the stock has attracted legions of shareholders who believe in the Company and its exciting plans.

Its easy to see why shareholders are excited about SNPW and its ambitious plans; Sun Pacific which owns a number of valuable patents related to solar is currently building a cutting edge Medical Recycling Power Plant in Rhode Island.  The Company also has a partnership in place to develop a 10 to 40+ megawatt solar farm in Durango Mexico.

Sun Pacific Holding Corp (OTCMKTS: SNPW) uses management’s knowledge and experience to serve its customers and now its shareholders through quality service and equipment, working to keep customers satisfied, and by doing our part in protecting the environment with smart green technology. Sun Pacific’s next generation solar power bus shelters and energy efficient lighting solutions offer customers turnkey systems that reduce the total costs of ownership while being environmentally friendly. The company is headquartered out of Manalapan, NJ.

SNPW owns a valuable patent portfolio related to solar including patents on various innovations relating to improved photovoltaic (PV) solar power panel constructions, proprietary methods of manufacture, and production line systems to be used during the planned manufacture of solar power in high volume production environments. The Company is constantly expanding on its patent portfolio reporting last year it has filed three (3) additional applications for patent. 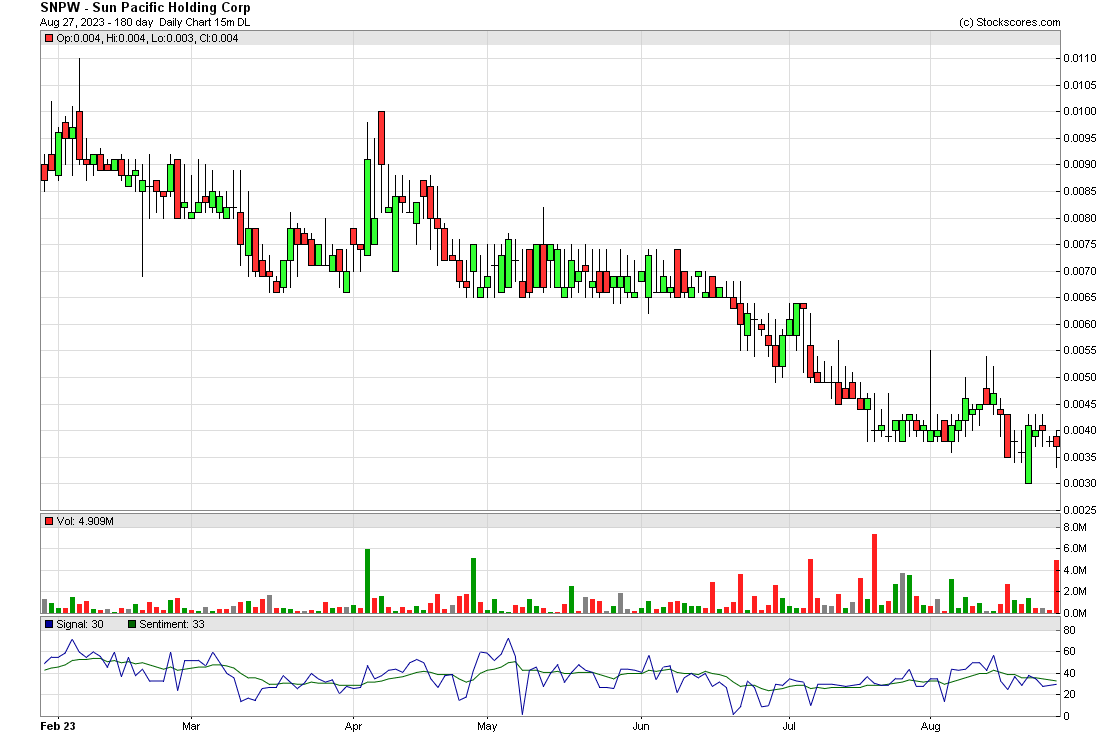 Last year SNPW subsidiary National Mechanical Group formed a partnership to develop a 10 to 40+ megawatt solar farm in Durango Mexico. According to SNPW management: “The proposed project funding would be for up to $80 million in capital to build a 40 plus megawatt solar farm in which NMG and SEDI would own a thirty percent equity interest in the completed project.”

The partnerships’ first successful milestone was for the executed lands rights agreement and a power purchase agreement for a solar farm in Durango Mexico. With this milestone accomplished, the second milestone was to seek out manufacturers for the solar panels and transformers/power supply devices that could meet the stringent requirements of the financing partners that have been reviewing the project.

SNPW is building a cutting edge Medical Recycling Power Plant in Rhode Island. The Company recently executed 10-year lease with 10-year option on an approximately 48,000 square foot facility for the Medical Waste to Energy project in West Warwick, RI. Phase One initial manufacturing of casings and other elements of the plant equipment for the Medical Waste to Energy plant was ordered and manufacturing is underway, along with payment of an initial deposit of approximately $1.7M. SNPW has applied for and received Township of West Warwick, RI approvals to commence office buildout in the Medical Waste to Energy facility. SNPW has Initiated multi-year contract discussions with several national haulers to receive up to 70 tons per day of plant feed stock.

On March 3 SNPW announced its wholly owned subsidiary, Street Smart Outdoor Corp and InSite Street Media have entered into an initial one year business relationship agreement that will allow ISM to expand outdoor marketing and advertising awareness to increase or boost revenue growth with the Company’s street furniture panels within SSO’s Rhode Island and New Jersey markets. Similar to the Company’s recent agreement with Focus Media Group, Inc., this agreement will also be an awareness, advertising, and marketing program. ISM will act as a third-party sales representative for SSO with the right to submit advertising buys with respect to advertisers.

Currently trading at a $1.5 million market valuation based on 925,826,280 OS on March 2 SNPW has $6.6 million in assets compared to $9 million in current liabilities and is doing some revenues reporting $259,736 in sales for the 9 months ended, September 30, 2019. SNPW continues to see significant dilution and management needs to come to an agreement with note holders. Besides that, SNPW is an exciting story developing in small caps – SNPW owns a number of valuable patents related to solar and is currently building a cutting edge Medical Recycling Power Plant, Medrcycler-RI, in Rhode Island as well as the partnership to develop a 10 to 40+ megawatt solar farm in Durango Mexico. According to SNPW management: “The proposed project funding would be for up to $80 million in capital to build a 40 plus megawatt solar farm in which NMG and SEDI would own a thirty percent equity interest in the completed project.” We will be updating on SNPW when more details emerge so make sure you are subscribed to Microcapdaily so you know what’s going on with SNPW.